FreeBreathing: Would You Like To learn the role of breathing in the Nervous System?

In this 5 day FreeBreathing mini course you will get to practice 3 powerful breathing exercises & attend two 5min lectures on the basics of breathing physiology. Designed for yoga teachers.

The emails are sent 2 days apart to give you enough time to practice the exercise. I suggest you practice the exercises of the first 3 days more than once. This way you will start building neuro-connections between your respiratory and nervous system achieving the desired effect.

Add your name & best email address below and you will receive your 1st video today! 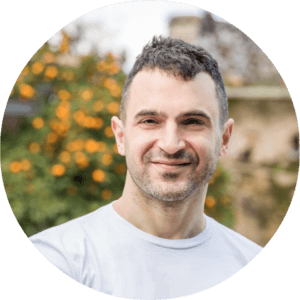 After servicing the Greek Special Forces as a paratrooper for 1 year, trading currency derivates in New York and London for 7 years and picking up a couple of other dopamine-driven hobbies along the way, in 2009 Anastasis started practicing yoga and studying nutritional therapy. During his years in banking he noticed how : Stress causes stiffness, that leads to injury. He teaches a combination of yoga & breathwork aiming to beat stiffness & slow down ageing.

The 2 most influential teachers he had in breathing are : Wim Hof & Patrick McKowen.