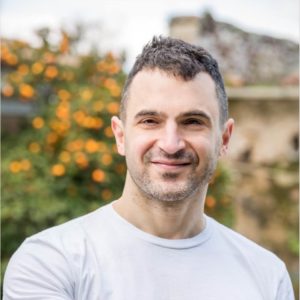 After servicing the Greek Special Forces as a paratrooper, trading currency derivatives in New York and London for 7 years, and picking up a couple of other dopamine-driven hobbies along the way; in 2009 I began studying nutritional therapy and yoga. During my time in the army and banking, I noticed how detrimental, operating long-term in a highly competitive environment can be. Stress, however, is not a problem, if anything it’s a necessary component of success.

Since January 2012 I have been consulting individuals (and work teams) like my old self, following a multidisciplinary approach, based on scientific evidence. Those that undergo my program:

• Establish a rhythm in their life

I believe breathing is an integral part of our health. It is also no coincidence that of the 6 vital signs of health, it is the one we have the most control of.

3 Landmarks in my career

🥇 In September 2019 delivered a series of wellness workshops for the Crisis Management team of a Fortune 500 company.

🥈 In April 2021, developed the “Breathing for Yoga” course for Oxygen Advantage.

🥉 Since March 2018 I have been teaching the breathing module at the HotPod Yoga Teacher’s Training.